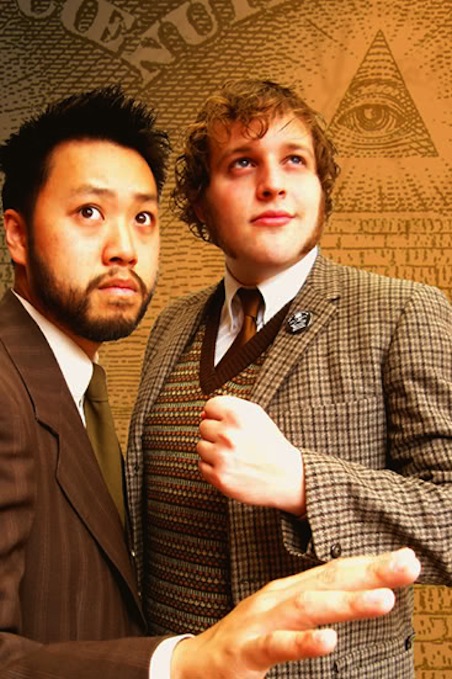 From childhood clubs to the secret rulers of the world, Andrew and Lawrence have always wanted to become members of a secret society. Investigating the A-Z of calculating cults and bizarre brotherhoods, from across history and today, they will brainwash you with their ripping tales, revelations and close encounters.
Who are the secret rulers of the world? How can you become part of the New World Order and never have to wait in line at the supermarket again? Who broke into their car last November and stole all their painstaking research? Was it part of a sinister cover up to silence their investigations or was it because they left their laptop in a car in Collingwood? Conspiracy – or junkie? You decide.

This is the first teaming up as a double act of these former-school-friends-turned-comedians. “Secret Society” has been performed at the 2005 Melbourne International Comedy Festival, 2005 Melbourne Fringe, 2006 Adelaide Fringe and 2005 Edinburgh Fringe.

“An immeasurably enjoyable lark of a show, so praise comes as easily as the bellylaughs. You’d be hard pressed to have more fun in any other Comedy Festival show.” The Age