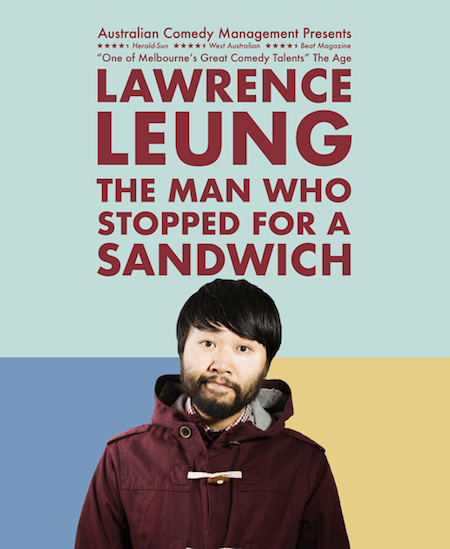 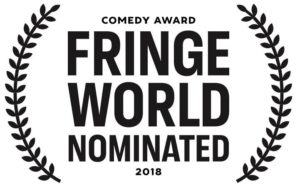 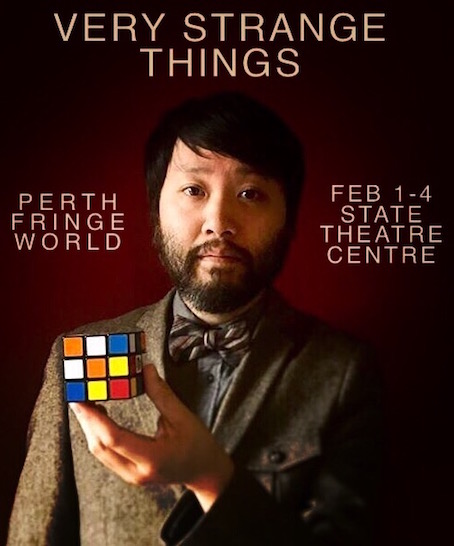 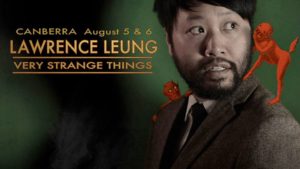 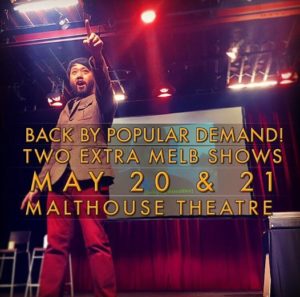 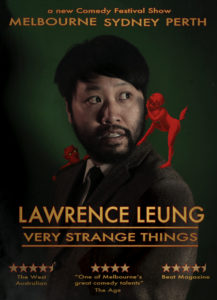 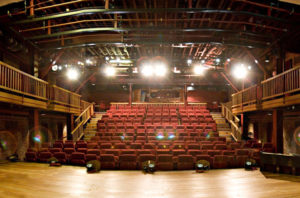 Lawrence will appear at MEN OF LETTERS event in Melbourne. 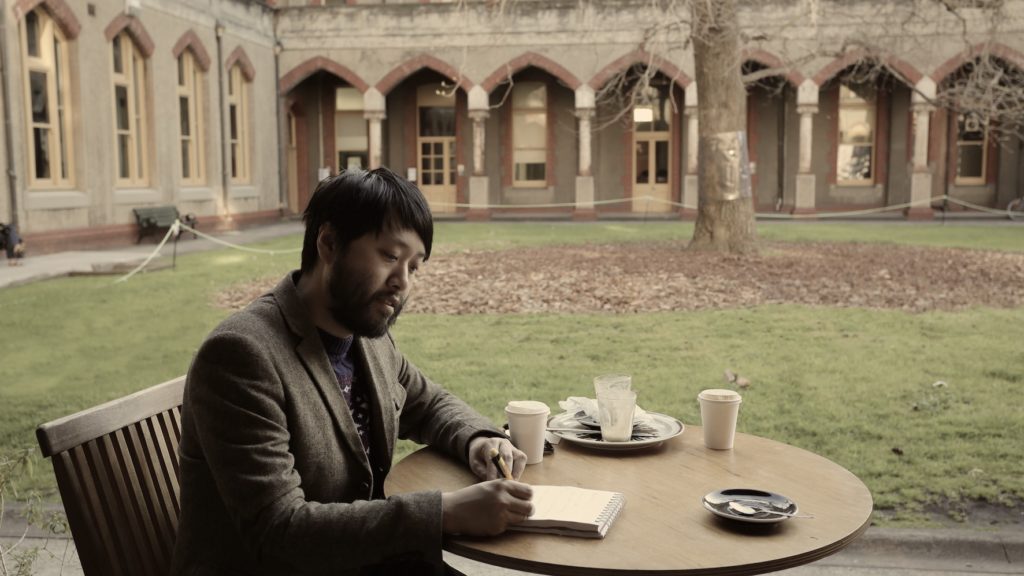 Hosted by Women of Letters and taking place at the Regal Ballroom, this is the sixth instalment of their beloved Men of Letters reading event. According to their website: “These chaps will go where no man has gone before – into the celebration of the lost art of letter writing.” Each gentleman has been asked to pen and read a letter to ‘The Woman Who Changed My Life’.

There’ll be a DJ set by the gorgeous Angie Hart, wine, and copious amounts of letter writing. Stamps and envelopes will be provided, and in the spirit of participation attendees are encouraged to pen short notes.

Men of Letters kicks off at 3:00 and bookings are essential via: http://www.moshtix.com.au For $25 plus booking fee that’s a fairly formidable afternoon’s entertainment. All funds raised go – as ever – to our friends at Edgar’s Mission.  http://www.edgarsmission.org.au 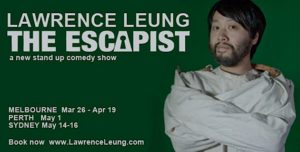 What are the things you wish you could escape from?
A new live comedy show about the trappings of everyday life, awkwardness,

The award-winning bearded comic will present his brand new stand up comedy tour in various cities around Australia in 2015. Lawrence’s cavalcade of nerdcore wonders and mirth-heavy delights kicks off in March/April at the Melbourne International Comedy Festival at Trades Hall.

UPDATE: Seasons now concluded in Melbourne/Perth. Thanks to all who came!! 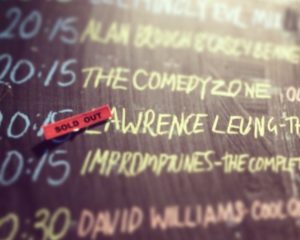 Then he’ll be at the Perth Comedy Festival

Friday, 1st May at the Octagon Theatre.

at the Factory Theatre for three shows 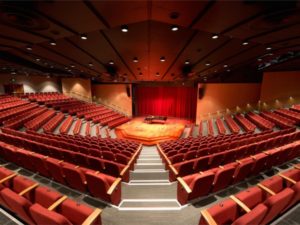 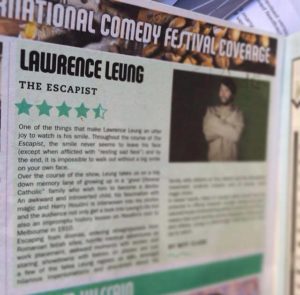 and his tales and one-liners are hilarious.

A fun and fast hour of comedy.” TheMusic

“One of the most effortlessly enjoyable shows of the festival.

“The Escapist is as much in the storytelling genre as it is stand-up. The laughs come just as often and the humour is just as sharp but Lawrence Leung’s one-night only performance felt like a playful odyssey rather than a series of punchlines strung together with paper-thin segues.”

“He is a superb and ingenuous raconteur.”

“The Escapist is a perfectly curated performance…

that is authentic and easily relatable, at the same time as retaining some edginess.

in a way that is both heartwarming and scintillating.” 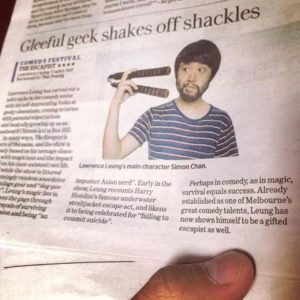 We’re looking at other cities at the moment and hope to have some more dates to announce shortly. 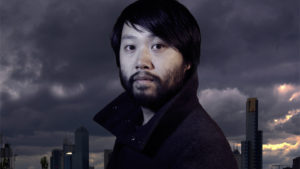 All he needs is a case to solve, a loyal assistant and a nemesis.

Can anyone become a great detective or is he just deceiving himself?

“A master storyteller with spot-on comic timing.” – The West Australian

You can read a review of the show at arts-hub here.

Tickets and details via perthcomedyfest.com.au 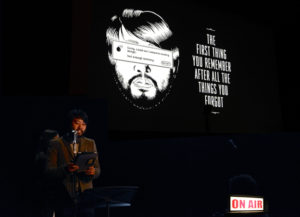 As part of GRAPHIC FESTIVAL, Lawrence is telling a fun story on-stage at the Sydney Opera House while comic book artist Leigh Rigozzi illustrates it on the big screen. The two will be accompanied with a live soundtrack by cellist Pete Hollo. This is gonna be so much fun!

The event is called RADIO WITH PICTURES and matches storytellers, comedians, writers and radio makers with artists and musicians for a “live radio recording” vibe of yesteryear. 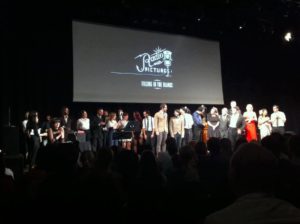 In a bar there’s a LIVE simulcast at The Hive Bar in Erskineville in Sydney.

We’re told digital radios will be on hand screening images alongside the radio broadcast.

It’s Spicks & specks meets Street Fighter as two teams of gamers, bloggers, comedians and musicians go head-to-head and thumbs-to-controller in the ultimate gameshow about games! Videogames, board games, parlour games…you name it, we’ll ask questions about it, as two teams of three compete for…well, really just to say they won. They’re gamers after all!

WHEN: Saturday 3 November; The Game Gameshow begins at 4 PM
WHERE: In the Experimedia Space at the State Library of Victoria, corner of La Trobe and Swanston Street, Melbourne
TICKETS: There aren’t any! This is a free event. Turn up early to check out the rest of International Library Games Day at the SLV, then stick around for our part of the fun!

For more info about International Library Games Day at the State Library of Victoria, go here: http://www.slv.vic.gov.au/event/international-library-games-day
No comments yet 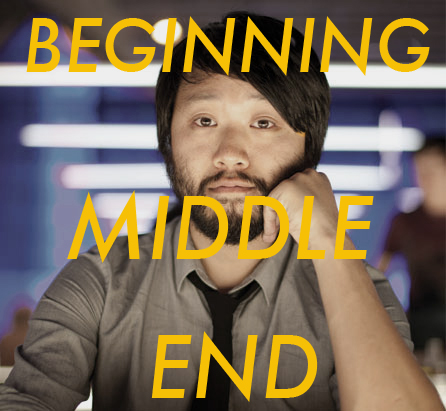